How I Was Almost Kidnapped In Lagos – Nigerian Lady Recounts

A Nigerian lady identified as @Chioma_Ajebota on Twitter has recounted how she was almost kidnapped as she was about boarding a tricycle at Jakande Estate in Isolo, Lagos.

The laid said some men approached her and accused her of “flying their colour” amid a cult war they claimed was ongoing in the area.

However, she later realized that the men wanted to kidnap her when they tried forcing her into a tricycle, which was when she ran for her life.

See a screenshot of her tweets below:- 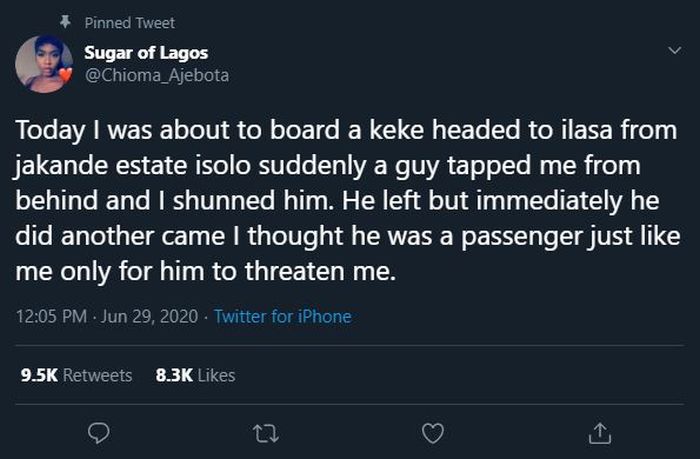 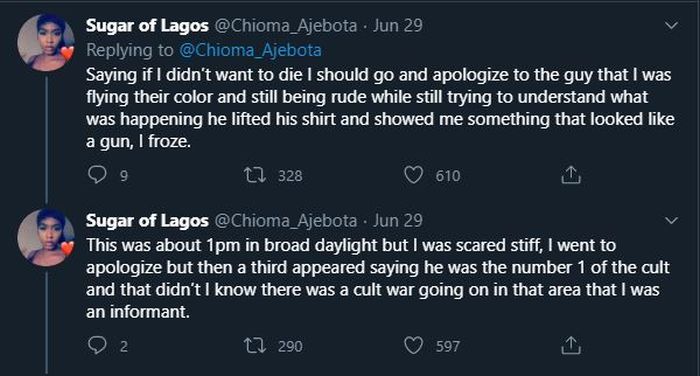 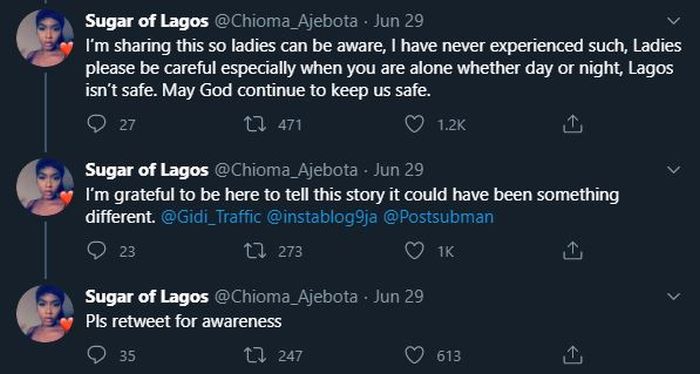 The post How I Was Almost Kidnapped In Lagos – Nigerian Lady Recounts appeared first on Naijaloaded | Nigeria's Most Visited Music & Entertainment Website.

COVID-19 In Nigeria: Inside A Lagos Coronavirus Ward (Video)