Linus Oota catalogues the voices of Tivs in Nasarawa communities in Keana Local Government, who have been under constant attacks and pillaging by suspected Fulani herdsmen. They are accusing some local chiefs of sponsoring the attacks in a bid to dislodge them from their ancestral farmlands.

WEDNESDAY April 8 will go down as a day to remember for the wrong reasons in Keana Local Government Area of Nasarawa State, as tragedy struck and blood flowed freely.

It was a day some Tiv villages in the state literally turned red spots, as they came under attack from machete-wielding assailants, suspected to be herdsmen of the Fulani ethnic extraction, who dealt deadly cuts on the villagers, leaving many for dead and homes in ruin.

Reports also said the attackers were armed with AK-47 rifles.

Eye-witnesses said the men torched their homes, forcing them to take refuge in bushes. Worse, many of them were hacked down and sent to their early graves, with their assailants vowing to exterminate the entire Tiv farmers in the area.

Some natives of the area, who lamented the horrific attack, said the deadly escapades of arms-bearing herdsmen are becoming increasingly unsettling in the southern part of the state.

Four years ago, the attackers left indelible marks in the same area, when similar attacks left over 100 Tiv farmers dead and over 300 houses razed to the ground.

In their latest outing in Kardoko, Keana Local Government Area of the state, they dealt a merciless blow on the host communities, leaving nine villages: Icha, Nyiamadaga, Ikpe, Uhina, Bature, Tse Atuma in Kadarko as well as Utsaha, Iboo and Gidan Kparev in Giza Development Area in ruins.

Our correspondent, who went round the burnt villages in company of some community leaders, discovered that the villagers have deserted their homes while the few houses still standing have become shadows of what they used to be, with dogs, goats, pigs and other domestic animals roaming aimlessly.

Recounting their ordeals in the hands of the suspected Fulani militias, Ferdinald Iorngule, whose hand was cut by the herdsmen, said: “On the 8th of April 2020, I was going to my farm, when suddenly fully armed Fulani herdsmen numbering over 10 in number attacked me with cutlasses and left me for dead in a pool of my blood. They actually thought I had died, but miraculously, I woke up to see myself in a hospital the next day.”

Iorngule added that he did not commit any offence to warrant such inhuman treatment and that he is still amazed at the whole turn of event.

Another victim of the violence, William Amuta, who also had his hands cut off, recalled his horrid experience: “I was on my farm on that fateful day, when suddenly 13 Fulani militias surrounded and descended on me. They tortured me and dealt me machete blows all over my body. They actually wanted to kill me but two of their members recognised me and pleaded that I be spared. That was how I survived to tell my story. God actually used two of them to save my life.” he said.

Genesis of the mayhem

Speaking to our correspondent on the genesis of the latest attacks, leader of the Tiv community in Kardako, Hon Willian Audu said, “Our people are naturally farmers; farming is the preoccupation of the Tiv man and ours here is not an exception. However, our people are being denied the right to farming and survival by the paramount traditional rulers of Kadarko and Giza chiefdoms, HRH, the Osakardoko, Umaru Usman Dodo and his HRH the Sangari Giza, Umar Elegy Abu II.

“The indigenous Tiv people that live in Kardoko and Giza chiefdoms are faced with imminent annihilation, as these chiefs continue to sponsor Fulani mercenaries masquerading as herdsmen to attack, maim and kill our people, and forcefully take over our ancestral farmlands to advance their land grabbing agenda. These chiefs sell some of these lands to Fulanis and farm on some others for themselves.

“We consider their actions as abuse of their respective stools and privileges. This, to say the least, is an incitement on the Fulani to keep attacking the Tiv people. You can see the large number of displaced Tiv people in all our communities in Kardako Chiefdom as a result of attacks.

“In the most recent attack of 8th April, 2020, we petitioned the state governor to take immediate action to save our lives and property, but no significant action has been taken so far. In fact, we are still awaiting the governor’s action, with more attacks happening as recently as this week. The casualties of this week’s attack are Jacob Ioryoosu, who hails from Bature and William Amita from Nyam adaga, whose hands was cut.

“In the last one month, close to 20 Tiv people have been macheted by armed Fulani herdsmen, actively supported by the Kadarko and Giza districts chiefs, while over 100 farmers have been displaced.

It is tragic that we cannot live as freeborn in Nasarawa State, our home state, and are being haunted, maimed and killed by sponsored Fulani mercenaries on our ancestral land, in a grand design to dislodge us and take over our lands. The Fulani people have forcefully occupied some of these lands, with the backing of the Kadarko chief, HRH Umaru Usman Dodo.

“As I talk to you, no Tiv person is able to attend to his farms, since the raining season commenced. The devastation is huge in Tiv villages around Kadarko, Bature, Atuma, Ikpe and around Giza. We see this as a systematic way of impoverishing our people economically and socially. We do not have any case or crisis with other neighbouring indigenous tribes like the Mada and Koro; so why always the Fulani, who are visitors in these chiefdoms? Why are the chiefs of Kadarko and Giza bent on using Fulani to unsettle and destroy our people?

“It will interest you to know that all these atrocities against our people are happening under the watchful eyes of security agents, who are sometimes used to arbitrarily arrest, torture and detain Tiv people in these chiefdoms.

“In the past decades, we have co-existed peacefully with the Fulani, who though not indigenous to our communities. As perennial visitors, they would arrive to graze in the dry seasons and migrate once the rains set in, but with the land grabbing agenda of the monarchs, some Fulani are now settling on our lands, after working with the monarchs to dislodge our people.

“In all these challenges that we have faced, we have never recourse to self-help, even though we could, if we wanted. We believe in constituted authorities and the law enforcement agencies, hence our decision to always approach them whenever we are challenged. But this hasn’t yielded significant results.

“The anti Tiv posturing of the chiefs as exemplified by their use of Fulani mercenaries masking as herdsmen, to kill, maim and harass our people will be resisted by all lawful means. One thing is certain; we cannot watch our land being taken over illegally by our chiefs who are supposed to be protecting us, for whatever reason,” Audu said.

Hon. Audu, therefore, called on the Nasarawa State government, as trustee of the land in the locality by virtue of the Land Use Act, to quickly intervene by directing the chiefs of Kadarko and Giza and their kinsmen, including their Fulani mercenaries, to desist from such acts, and also vacate those lands they are already occupying but which belong to the Tiv ethnic group forthwith. We also urge them to refrain and deter them from ever encroaching and trespassing on the Tiv ancestral lands around the Kadarko chiefdom.

All land under my control –Kardako chief

Our correspondent equally visited the Osakardoko palace where the paramount ruler, HRH Umaru Usman Dodo denied all allegations. He said, “I did not seize or forcefully take over any land from Tiv or any other ethnics groups in Kardako. No ethnic group owns land here. Except for those who have certificate of occupancy, all lands within Kadarko are under the administration of this chiefdom and by implication, under my control.

“My concern,” he said, “is that crisis over land matters in Kardoko are always traced to the Tiv people. Presently, we don’t have any problem with Tiv people; it is the Tiv people that have problems with Fulani people, and I am appealing to them to lay down their arms, so that we can find a lasting solution to the problem.”

But the police command in Nasarawa State says it is investigating the alleged machete attacks on farmers in Kardoko community of Keana Local Government. The Public Relations Officer of the command, Nansel Rahman, who confirmed the incident, said they were working assiduously to unravel those behind the attack, adding that the Divisional Police Officer of Kadarko has mobilised personnel to the area to forestall further breakdown of law and order. 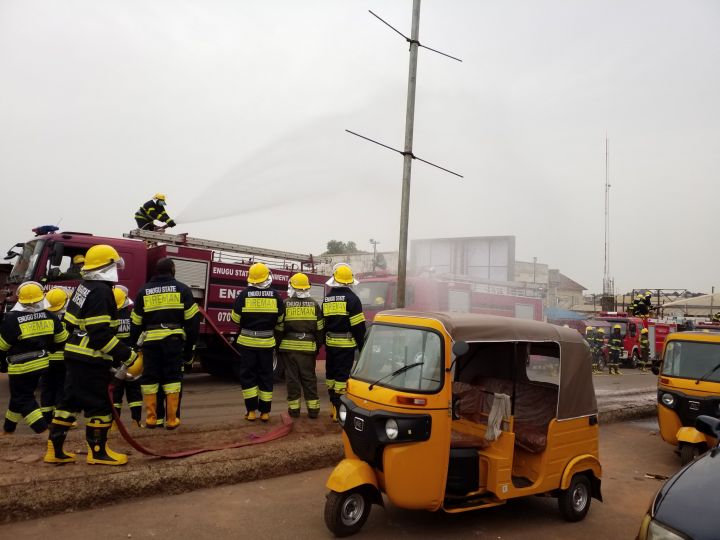 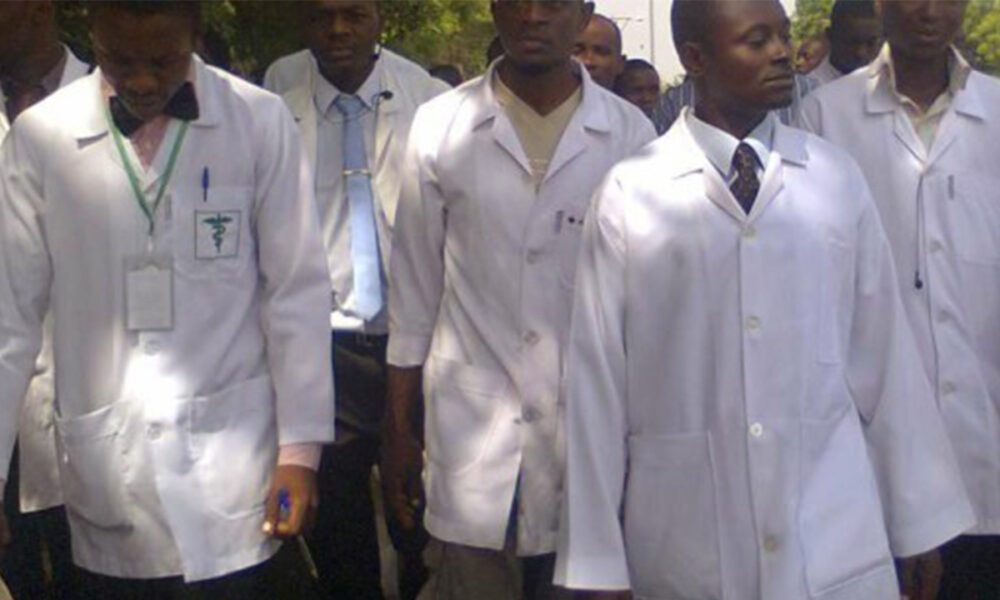 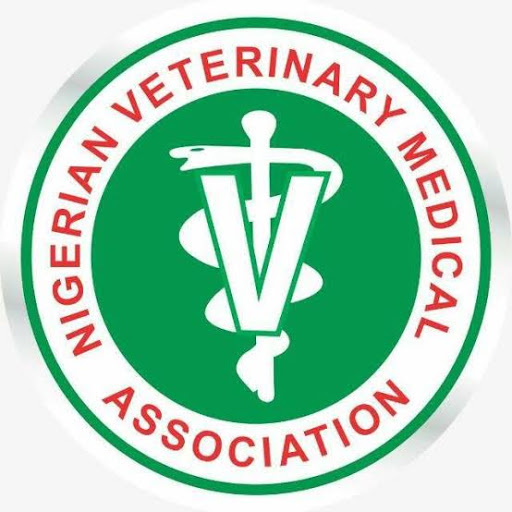